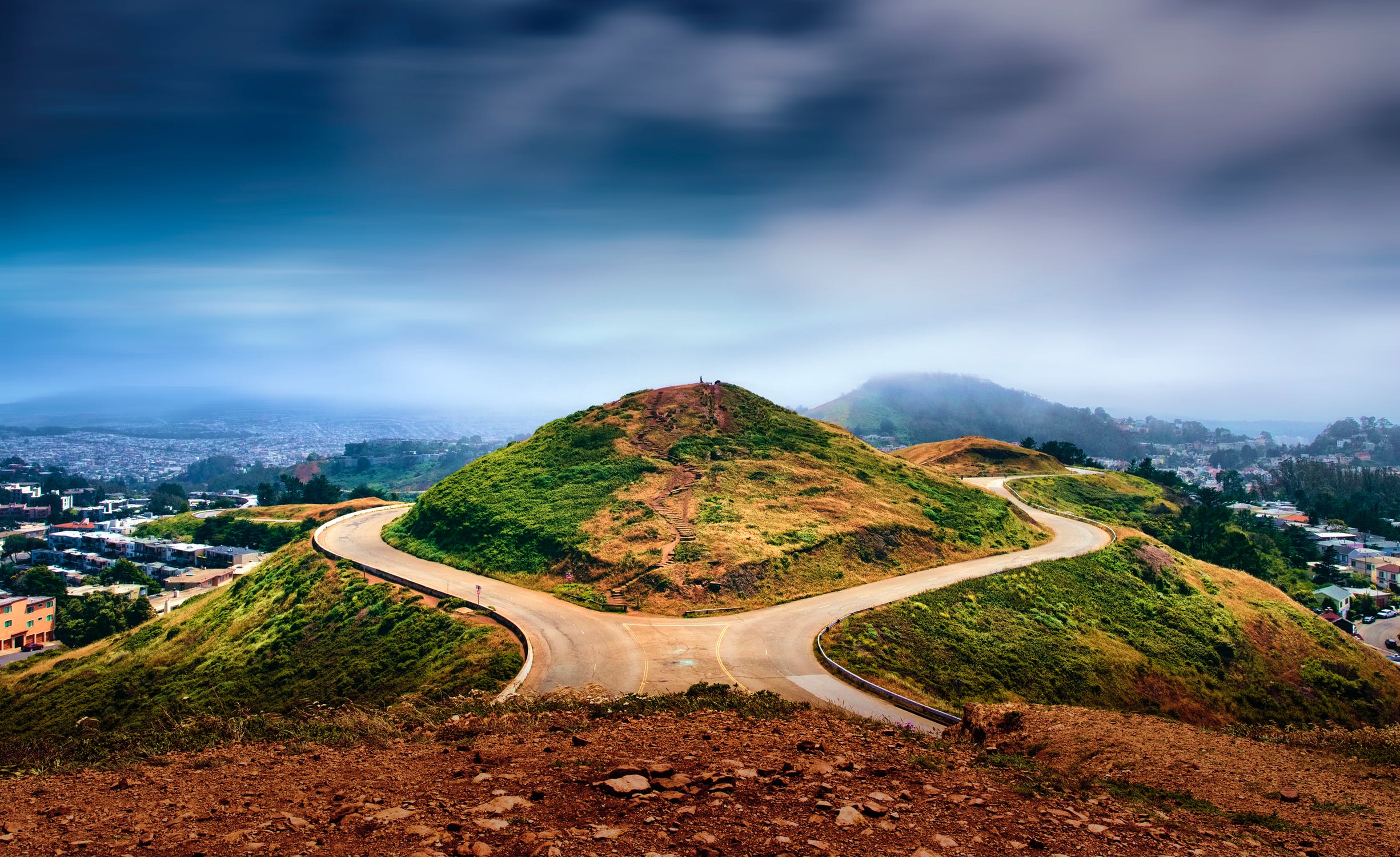 San Francisco’s microclimates: As simple as fog, sun and mixed

Written by Bret Dezordo on September 3, 2019. Posted in Blog

Few places on earth host such a wide range of microclimates as San Francisco. A trip out west to Ocean Beach often requires you to don both hoodie and hat, while six miles east shorts and a t-shirt are enough to keep you comfortable. Between these east and west extremes, a spine of 40 hills divides the City by the Bay. Within this raised area alternating pockets of sun and fog ensure the City maintains its title as microclimate capital of the world.

Knowing your microclimate will help you in deciding which plants work best in your garden. For example, a moisture-dependent shady fern will wilt and suffer on a sun-exposed Mission district patio. But the same plant will thrive in the foggy mist of the outer avenues. But we’ll address the specifics of this topic in a related post.

Did you know the City’s temperature can vary as much as 25 degrees at the same exact hour on the same day? Granted it’s not an everyday occurrence, but it illustrates just how varied temps can be. And while there are dozens of microclimates, we’ll spare you from info overload and break it down into three main zones: fog, sun and mixed. 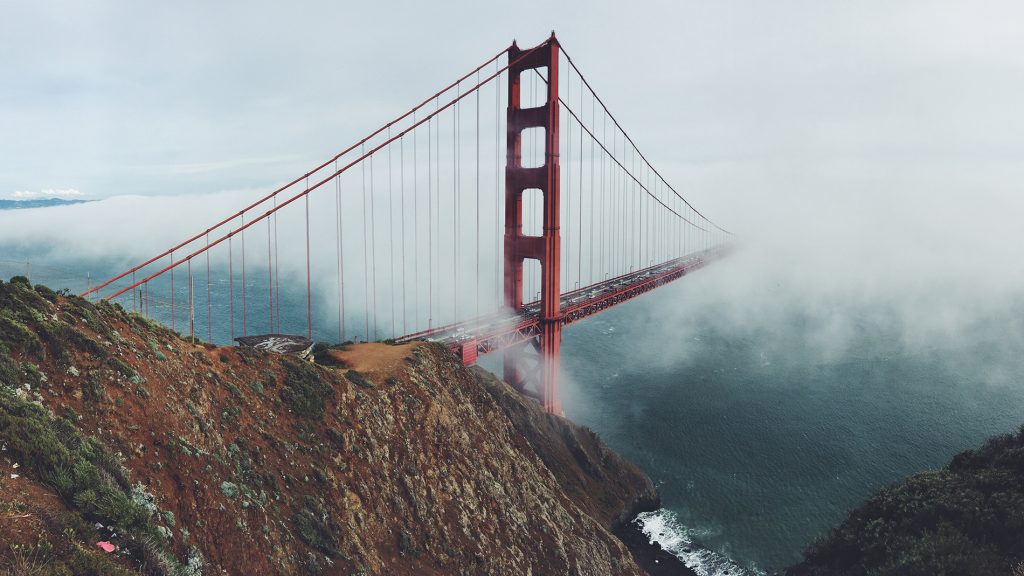 The fog microclimate
So prevalent is San Francisco’s fog that it has its own name, Karl, and its own Twitter account @KarlTheFog. Without Karl San Francisco’s temperatures would remain relatively evenly distributed across all neighborhoods. So why is there fog? The simple reason is the cold Pacific Ocean. The temperature in the waters off the coast maintains an average between 53 and 59 degrees Fahrenheit. This is due to the cold Humboldt Current that travels north-to-south from Alaska (yes Alaska!) down along the coast of Canada and the Pacific Northwest onto our doorstep. Living next to an endless supply of cold-generating freon means that any neighborhood adjacent to the water is going to feel the effects of its cooling properties.

As the land heats up under the sun, the air rises. This cold ocean air rushes in as condensation or fog. Moving in a west-to-east direction it cools everything in its path. The interesting thing is that were San Francisco totally flat, there would be very few microclimates. The fog would spread its cooling blanket across the entire city.

During winter months, the difference in temperature is less between ocean and land. Consequently, temp changes across the San Francisco peninsula are not as exaggerated as they are in the foggy months. These months when the City’s western edge is socked in with fog coincide with the greatest temperature variance between ocean and land. That means late spring, all of summer and early fall, when days are at their longest, neighborhoods like The Sunset and the Richmond can be socked in with fog. Other foggy neighborhoods include Twin Peaks, Ashbury Heights, Ingleside, Oceanview and Stonestown, 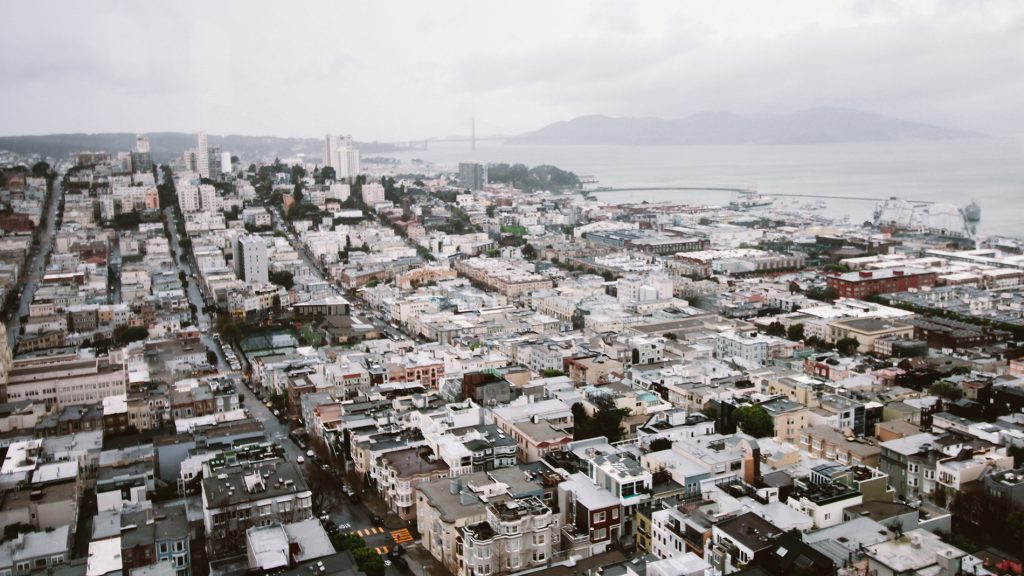 The sunbelt microclimate
Most of us have heard the famous but untrue quote by Mark Twain “The coldest winter I ever spent was a summer in San Francisco”  – he actually said, “one is in danger of freezing if one doesn’t keep moving.” But the oft-repeated misquote might’ve turned out differently had Twain spent his visit on the east side of Potrero Hill or deep in Noe Valley. These two places are sheltered from the City’s famous fog. Noe Valley, for example, is surrounded by high hills to stop the invasive condensation of the cold Pacific. With the fog and cold ocean breeze effectively blocked, the sun is left to do its thing unhindered. These sunny districts which also include South of Market, The Mission, South Beach, Hayes Valley, and Mission Dolores among others, feel similar in climate to the East Bay. 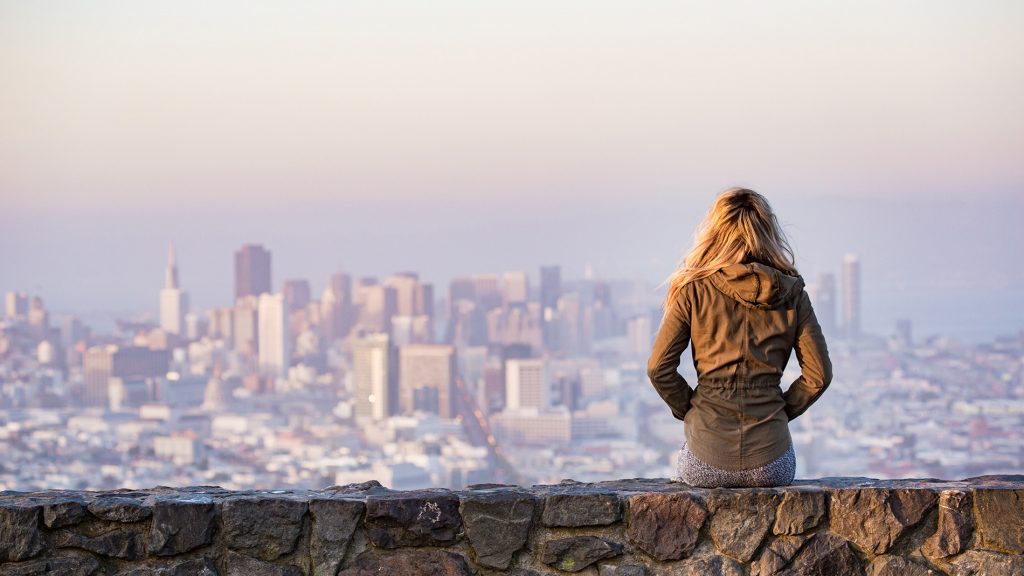 The mixed microclimate
So are the eastern points in The City always the warmest? No. Because The City is a peninsula dotted with some 40 hills, the movement of the colder fog air swirls around elevated points. The result is that in some neighborhoods the cooling fog is totally blocked out while others are half-on, half-off or socked in.

To illustrate this point, on one day when California was gripped in a heatwave, the western edge of The City only hit 70 degrees. But Noe Valley saw a 95 degree high at the exact same hour. One of the more famously weather-mixed neighborhoods, the Castro district, saw a high of 80 degrees that day, with just a little fog pushing in.

These areas of the City lie at the confluence of fog and sun can be sunny or cold, depending on how strong the fog push (marine layer) is that day. A trip to Pier 39 in June can chill you to the bone as well. The cold ocean breeze has a way of creeping through the Golden Gate, hugging the shoreline along the bay, and wrapping back around to chill these eastern points and the summertime tourists at Fisherman’s Wharf.

Good luck learning about your neighborhood and it’s (sometimes many) climate moods. And just in case you’re curious about the chilliest spot in San Francisco during the maximum fog-push of June, it’s a toss-up between the viewing area at Sutro Tower and the sandy scrub of Fort Funston. The warmest point in the City is Garfield Park in the Mission.